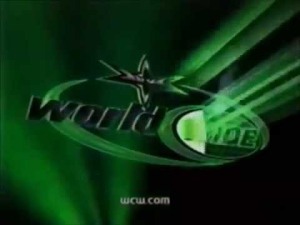 Match #1: Allan Funk vs. Juventud Guerrera
Date: June 3rd, 2000
Reason Reviewed: This is before Funk would develop the infamous Kwee-Wee character. So, seeing him in a serious role is intriguing. Juvi is usually pretty good in the ring, at least he was a year or two prior to this. Funk is wearing the gear he’d wear for the Kwee-Wee gimmick, though.

They are clobbering each other with right hands until Guerrera wins that exchange pummeling Funk in the corner. Guerrera heads to the top rope taking Funk out with a cross body for a two count. Guerrera controls Funk on the canvas with a sleeper. Guerrera takes Funk over with a head scissors sending him to the floor. They are on the ramp where Guerrera backdrops Funk into the ring and drops him throat first across the top rope. Guerrera goes to the top but Funk got his boots up. Funk counters a head scissors with a slam dropping Guerrera face first to the mat. Funk dropkicks Guerrera and gets a two count. Guerrera plants Funk with the Juvi Driver! Juvi hits the Juvi elbow drop, which is ripoff of the People’s Elbow. That actually gets the three count. (**. It’s for a disappointing match considering Guerrera is capable of incredible stuff. I think at this point Juvi relied on his ability to entertain with his charisma rather than showcase his skill like he had in years past. Funk is a promising star and just gets forgotten about considering his Kwee-Wee character.)

Match #2: The Mamalukes vs. Chris Harris & Cassidy Riley
Date: June 3rd, 2000
Reason Reviewed: Harris and Riley showed glimpses of good stuff in their previous showings. Perhaps in a tag setting they’ll get more time to shine against Vito and Bull.

Vito starts the match attacking Harris before the bell. Vito sends Harris into the ropes and connects with a chop before tagging in Bull. Harris gets knocked down by the former tag champs. Bull continues to work over Harris with strikes in the corner. Harris fights back with left hands out of the corner but runs into a back elbow. Bull nails Harris with a standing spin kick for a near fall. Vito tags back in and Harris gets knocked down again. Vito drives Harris down with a vertical suplex. Harris takes Vito over with a sunset flip, but Vito runs over Harris with a running clothesline. Bull tags in and leaps to the top rope with ease to hit a twisting leg drop for a two count. Bull slams Harris and this time struggles leaping to the top rope and misses a twisting splash. Harris tags in Riley and Vito gets tagged in as well. Riley dropkicks Vito followed by a backdrop. Riley sends Vito into the corner but misses a handspring back elbow. Vito hits a back suplex for a near fall. All four men are in the ring with Vito and Bull controlling the match. The Mamalukes hit double clotheslines and send Harris to the floor. Vito plants Riley with the twisting DDT for the win. (**. A solid bout between the two teams. Bull had some great agility. Riley and Harris didn’t get a lot of offense in, but they sold well for the Mamalukes.)

Match #3: Crowbar vs. Mike Sanders
Date: June 3rd, 2000
Reason Reviewed: Sanders played a big role on WCW TV for the second half of the year as the commissioner and just being an annoyance. Crowbar is capable of carrying someone to a decent showing.

Crowbar starts the match with right hands and a twisting back elbow shot. Crowbar takes Sanders over with a gut wrench suplex. Crowbar slams Sanders and goes to the apron hitting a slingshot splash. Sanders rolls to the floor where Crowbar hits a baseball slide and has a steel chair. Crowbar sits Sanders on the chair, but the chair collapses. So, Crowbar gets a second chair. Crowbar sits Sanders on the second chair and hits a slingshot cross body! Crowbar runs into a super kick from Sanders. Sanders is tossed onto the ramp, but Sanders leaps off the ramp to take Crowbar out with a moonsault! Back into the ring, Crowbar struggles to get to his feet. Sanders nails Crowbar with a kick to the face and delivers a fist drop. Crowbar ducks a clothesline and tosses Sanders with a German suplex. Crowbar works over Sanders with a few strikes against the ropes. Sanders comes back with an overhead pump handle suplex. Sanders goes to the top rope but gets stopped by Crowbar. Crowbar kicks Sanders several times on the turnbuckle. Crowbar hits a top rope hurricanrana and plays to the crowd. Crowbar connects with two snap suplexs and nearly wins with a northern lights suplex. Crowbar slams Sanders and hit a slingshot somersault leg drop. Sanders stops Crowbar with an eye rake. Crowbar counters a slam attempt and hits a front suplex for the win. (***. A good match between these two, which was better than I was expecting. Sanders more than held his own and the moonsault surprised me.)

Match #4: Shane Douglas vs. Chris Harris
Date: June 10th, 2000
Reason Reviewed: I don’t know why, but Douglas entertains me in WCW 2000. I’m thinking he can make for an entertaining squash against the hungry Harris looking to prove himself.

Douglas nails Harris with the microphone to get the cheap advantage. Douglas continues to work over Harris with clubbing blows and a few snap suplexs followed by a delayed vertical suplex. Harris is able to get a few strikes in the corner but Douglas comes out of the corner to clothesline Harris. Harris misses a clothesline and runs into a snap power slam. Douglas dropkicks Harris a couple of times and sends Harris to the floor with a clothesline. Douglas sends Harris into the guard railing and drops Harris throat first over the guard railing. Harris hits Douglas coming off the apron and sends Douglas into the railing! Harris slams Douglas face against the apron. Harris hits a top rope cross body for a near fall! Harris atomic drops Douglas and comes off the ropes for a clothesline. Douglas comes off the ropes and spikes Harris with the Pittsburgh Plunge for the win. (**1/4. I was getting worried that it was going to be just Douglas destroying Harris. Luckily, Harris gave him a fight and the crowd was reacting to the near falls that Harris got. I would love to see a huge upset on this show one of these times.)

Match #5: Chris Candido vs. Christopher Daniels
Date: June 17th, 2000
Reason Reviewed: This very well could have been an independent wrestling dream match at some point in time. They settle for competing on WCW C-level TV. I’m hoping for a gem of a match.

Candido controls the arm of Daniels following a knee lift to the midsection. Daniels comes off the ropes and soon takes Candido down with a headlock, but his advantage isn’t very long. Daniels does the move again and this time controls Candido for a few moments. Candido backs Daniels into the corner and continues to work over Daniels with strikes. Daniels sends Candido into the corner and Candido flips over the top to the floor. Daniels goes to the floor and slams Candido face first onto the apron. Daniels takes Candido out with a moonsault to the floor! Candido low blows Daniels but misses a chair shot. Daniels doesn’t miss a chair shot over the head! Daniels misses a clothesline in the ring but Candido hits a spine buster for a near fall. Candido lifts Daniels up and connects with a delayed vertical suplex. Candido comes off the middle rope to hit a leg drop for a two count. Daniels manages to take Candido over with a hurricanrana and hit the Best Moonsault Ever, but can’t make the cover! They trade a few strikes until Daniels backdrops Candido followed by a dropkick. Daniels boots Candido in the corner and attempted a tornado DDT but Candido countered with a northern lights suplex. Daniels plants Candido with the Angels Wings! Daniels follows up with the Last Rites but Candido gets his boot on the bottom rope. Candido hits a sit down piledriver and signals for the end. Candido goes to the top and hits the diving head butt for the win. (***1/4. The best match for the series thus far. That had to have been the tryout match for Daniels. He literally got all his stuff in and it’s the most competitive match for unknowns thus far. How Daniels didn’t get a regular role in WCW following this match is baffling to me, honestly. This was a really fun match.)

That concludes the fourth installment of this series. Following this, there will be five more to come. I might do a bonus edition for anything I might have overlooked, but who knows.

What are your thoughts on the matches? Anything catch your interest?

The fifth installment of this series will have the following matches:
– Crowbar in singles action against Vampiro
– Alan Funk & Mike Sanders team up to take on Mark Jindrak & Sean O’Haire
– Three Count return to Worldwide to meet Air Paris, Cassidy Riley & James Storm in six man tag action
– The Artist graces the show with his presence against Lash LeRoux
– Buff Bagwell makes a rare Worldwide appearance against Mike Sanders