Tonight, Kevin Owens and Sami Zayn are put in a handicap match against three of the biggest stars on Smackdown Live, thanks to Shane McMahon. The WWE United States Title Tournament continues when former partners collide. Plus, Chad Gable and Shelton want justice! All this and more! END_OF_DOCUMENT_TOKEN_TO_BE_REPLACED

The XWF Part One

Xcitement Wrestling Federation, or better known simply as the XWF, was a wrestling company formed in late 2001 by Jimmy Hart, Greg Valentine and Brian Knobbs. The idea being that the company would challenge the WWF since both ECW and WCW had gone out of business earlier in the year. The had the financial backing of Kevin Harrington, who has been on Shark Tank as an investor for various projects. Their roster had plenty of big names to go along with younger names. The promotion would have been considered family friendly, which the WWE had not been for four years. END_OF_DOCUMENT_TOKEN_TO_BE_REPLACED 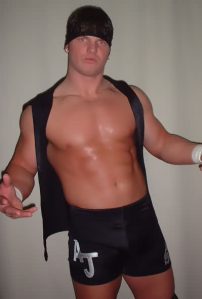 Taking a look at AJ Styles first year or major exposure in the world of professional wrestling. END_OF_DOCUMENT_TOKEN_TO_BE_REPLACED

Recently, I came across some news that Jimmy Rave would be making his debut for Absolute Intense Wrestling on April 8th, 2017. For the last several years, Rave hadn’t been getting a lot of attention working mostly independents in the Carolinas & Georgia area. In 2015, Rave was signed on with Global Force Wrestling, which has yet to really take off. After scrolling through Twitter, I saw several fans praise the decision to bring in Rave to AIW. It showed me that people hadn’t forgotten about him. END_OF_DOCUMENT_TOKEN_TO_BE_REPLACED

The Fallen Angel Ascends To The Top 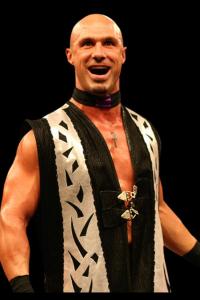 The internet has made it extremely easy to learn about new wrestlers and find their work. If you’ve been reading the site lately, you’ll notice my love for wrestling magazines. Dating back to the late 90s to the early 2000s, I relied on magazines to learn about new wrestlers. One of the first wrestlers I remember learning about through the magazines was none other than the “Fallen Angel” Christopher Daniels. END_OF_DOCUMENT_TOKEN_TO_BE_REPLACED

The following match that I decided to highlight in this series sheds some light on that. Bryan Danielson, better known to WWE fans as Daniel Bryan, Samoa Joe and AJ Styles all came up through the independent scene. As you might recall, Daniel Bryan was the hottest act the WWE had in 2014 before a neck injury/concussion cut his career short. Samoa Joe had a successful run in TNA and is now rumored to finally debut on WWE television and, well, AJ Styles runs the damn show on Smackdown after an incredible career that spanned a decade plus in TNA, ROH and NJPW before arriving in the WWE. END_OF_DOCUMENT_TOKEN_TO_BE_REPLACED

From 2002-2004, Amazing Red and AJ Styles had several memorable battles as opponents and teammates in TNA and ROH. Styles would go on and achieve more success than Red in terms of championships and eventually making it to the WWE in 2016. Red has to be credited for some memorable moments in the early days of TNA and was often times on the rise in the X-Division.

However, injuries due to his style prevented Red from reaching the fullest of his potential. By the time February 2014 came around they were both in different aspects of their careers. Styles had left TNA and working for NJPW while Red was focusing on his own independent wrestling company named HOG, or House of Glory.

It could be possibly the last time they’d meet in the ring on February 15th, 2014 for the HOG promotion. The match has a no disqualification stipulation. END_OF_DOCUMENT_TOKEN_TO_BE_REPLACED 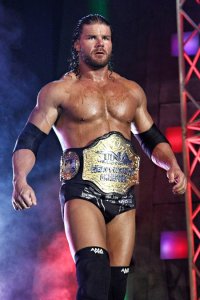 Bobby Roode made his debut in Total Non-Stop Action Wrestling way back in May 2004 as part of the heel stable Team Canada. For almost three years, Roode remained one of the top performers for the group winning the tag team championships on several occasions with partner Eric Young. Once Team Canada went their separate ways, Roode ventured off into singles wrestling competing in feuds with the likes of Eric Young, Petey Williams, Samoa and Jeff Jarrett throughout 2007.

By the time 2008 came around Roode was involved in a feud with Booker T involving Booker’s wife Sharmel. While Roode wouldn’t win the feud, he did defeat Booker at Destination X that year and competed in the King of the Mountain match, but was unable to win the TNA World Heavyweight Championship. His singles career would stall and he formed one of the greatest tag teams not only in TNA history, but in pro wrestling history when he teamed with James Storm to be known as Beer Money Inc. END_OF_DOCUMENT_TOKEN_TO_BE_REPLACED

Maybe, you’ve never seen a Japanese Wrestling pay-per-view. Maybe, you’re not even remotely familiar with the product or its talents. Maybe, you find the language barrier to be too great. Whatever the case may be, I absolutely promise you one thing, none of that matters. Wrestle Kingdom 9 is a must-watch. Let me tell you why. END_OF_DOCUMENT_TOKEN_TO_BE_REPLACED