Are You Ready… For a Revolution? WCW Wasn’t

From 1994 to 1998, World Championship Wrestling relied on wrestlers who, for the most part, made a name for themselves in the competitive promotion, World Wrestling Federation. They signed Hulk Hogan and Randy Savage during the year of 1994 and the signings of Kevin Nash (Diesel) and Scott Hall (Razor Ramon) in 1996 propelled WCW to never before seen popularity.

Riding the wave of the New World Order, which all four men were a part of at one point, WCW was making money hand over fist. By late 1997, WCW signed Bret Hart and looked to be untouchable.

That was until Steve Austin was inserted in the main event scene for the WWF and the company that had seemingly been left for dead two years earlier, was striving while WCW was slowly but surely dying off.

That death of WCW was rapidly approaching as they couldn’t stop themselves from going back to the same old acts while WWF continued to refresh itself.

By the summer of 1999, a new faction in WCW was developed and consisted of some of the companies best in-ring wrestlers. The group consisted of four men who had a past in Extreme Championship Wrestling, but had been held back in WCW. They wanted to be in the spot that guys like Hogan, Savage, Nash, Hall and Ric Flair had kept for over a decade.

The group was named the Revolution and consisted of Shane Douglas as the leader, Chris Benoit, Perry Saturn, and Dean Malenko.

Shane Douglas was very successful in ECW having won the ECW World Championship on four occasions and the ECW Television Championship on two other occasions. He had also formed the original triple threat with Chris Benoit and Dean Malenko in the land of extreme. During his run with the Philadelphia based company, Douglas was given the nickname of being “The Franchise.”

He left ECW one other time to jump ship to the WWF in mid 1995 where he was given the infamous character Dean Douglas. He wouldn’t even last a year before jumping back to ECW to continue his memorable run with the company. He stayed there until early 1999 when he signed with WCW. 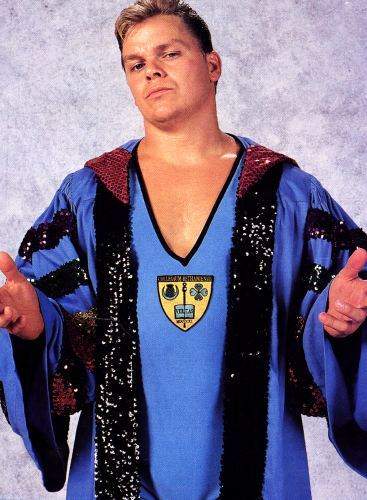 Perry Saturn found success in ECW as part of the Eliminators with the late John Kronus. The team would win the ECW World Tag Team Championships on three different occasions. He jumped to WCW in 1997 and his popularity really showed in late 1998 while feuding with Raven. The peak of his popularity came in early 1999 when he was in a feud with Chris Jericho and ended up wearing a dress after a loss at Souled Out in January.

Malenko was always recognized as being a great wrestler and his feud with Jericho in the spring of 1998 catapulted Malenko as a babyface. However, by 1999 Malenko was lost in the shuffle.

Chris Benoit made his name in Japan and had minor championship success with ECW winning the tag titles on one occasion. It didn’t take long for the WCW fan base to get behind Benoit as he had memorable feuds with Kevin Sullivan and Booker T from 1996 to 1998. By 1998, many fans were getting frustrated that Benoit had not won a championship in the company. While he would actually win the WCW Television Championship twice in 1998, they went virtually unrecognized as they happened on house shows.

Along with Malenko, Benoit finally won WCW gold and had it recognized on television when they won the WCW World Tag Team Championships at Uncensored. The reign didn’t even last a month, though. By the summer of 1999, all four men were lost in the shuffle at WCW.

After Saturn, Benoit and Malenko lost a six man tag match to Flair, DDP and Kanyon on the 7/29 Thunder, Douglas came out and officially formed the Revolution. He made it clear that they were sick of being overlooked for the old timers that WCW had relied on for quite sometime.

At the time, this was exactly what WCW needed to do. In order to combat the WWF, they needed to focus on creating their own, younger stars, much like WWF had done after being raided by WCW numerous times over the years. A foundation of Douglas, Benoit, Malenko and Saturn would be a good start.

Unfortunately, WCW was never quite committed to the idea. Sure, Benoit won the WCW United States Championship on the August 9th over the undeserving David Flair and the Revolution won their pay per view matches at Road Wild where Benoit retained over Page and the other members beat the West Texas Rednecks but it was all downhill from there.

At Fall Brawl, Benoit lost the WCW United States Championship to Sid Vicious, who was preparing for a feud against Goldberg and really had no reason to be champion since the feud had more than enough drawing power without a title. Even more surprising, the Revolution lost their other two matches on the card. Dean Malenko and Shane Douglas lost to career mid carders Hugh Morrus and Brian Knobs. Perry Saturn failed t9tho win the WCW Television Championship from Rick Steiner. I should note, Benoit would win the TV Championship from Rick Steiner on the following Nitro, only to lose to back at Halloween Havoc.

Over the course of the next several months, the group would actually disband with Benoit leaving and becoming a babyface. Douglas, Saturn and Malenko would feud with the Filthy Animals and have an Un-American gimmick, though Malenko was the only non-American in the group.

Benoit would get his greatest success while not in the group when he beat Sid Vicious at Souled Out to win the vacant WCW World Heavyweight Championship, but he left the company along with Saturn, Malenko and non-Revolution member Eddie Guerrero. 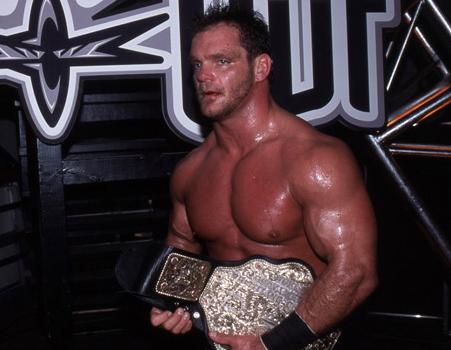 A stable that was to have changed the landscape of WCW lasted all of two and a half months before splitting up. But, looking back… were they even believable as main eventers?

Sure, Chris Benoit was without question a sure fire main event guy and the matches he had with Bret Hart proved that. The same goes with matches with Flair and Sting. I don’t recall Benoit wrestling Hogan and likely wouldn’t have been able to do have the moves that helped make him popular to begin with.

But, would a guy like Dean Malenko be believable? He made a career of having outstanding matches with guys his size like Rey, Juventud and Eddie. Would a Malenko vs. Hogan or Malenko vs. Sting bring out thousands of people? I don’t see it happening.

What about Perry Saturn and Shane Douglas? Shane was a main event caliber wrestler in his own mind, but honestly can you think of a memorable match he was involved in? It takes me a minute to think of a good match that doesn’t involve Ricky Steamboat as his tag partner.

Saturn never screamed main event material to me, either. At most, he would have been a great WCW United States Champion but anything more than that just wouldn’t be realistic. So, really, Benoit was the only worthwhile Revolution member.

Maybe it’s just me having been use to seeing those guys in mid card level matches, but this was a Revolution that I didn’t want to be part of.

What are your memories of the Revolution? Would have bought them all as main event wrestlers? Do you agree or disagree with my opinions? Let me know below!