You Should Know The Name… Dalton Castle 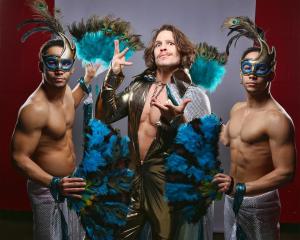 This year, Ring of Honor held their Top Prospect tournament where they have non-established wrestlers compete in a tournament to earn a contract with the company. I remember seeing the guys announced and as soon as Dalton Castle was announced, I hoped he would win the tournament. He didn’t, but he still earned a contract with ROH.

After his announced participation in the tournament a lot of ROH fans were wondering who the hell Dalton Castle was and even after his debut some fans weren’t sold on his abilities. It would appear that after every outing in ROH, Castle’s followers continue to grow, and rightfully so.

I must give credit to my friend Dallas who was the first guy I know to hear about Dalton and he was instantly a fan. Castle is a regular for 2CW just like Colin Delaney. At first glance, I didn’t think Castle was going to be anything spectacular. That was soon tossed away and the more I watched him in the ring the more I became a fan. Castle is not only a very talented wrestler, but his charisma is basically unmatched. 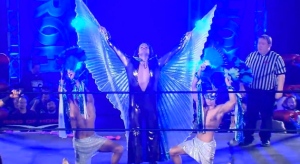 Known as the Peacock, Dalton will come to the ring with two skinny guys dressed up in flamboyant attire and help Castle undress during his entrance. The entrance by itself is one of the most unique things going in wrestling today. Many ROH wrestlers have shared their support for Dalton on Twitter realizing his talents.

Castle made his debut for Squared Circle Wrestling in April 2013 losing to AR Fox and Colin Delaney during the Living on the Edge weekend. I was there for the match with Delaney and I soon saw what my friend Dallas had been talking about. Castle displays great strength as he often finishes his opponents off with a dead-lift German suplex.

While competing in 2CW, Castle has had memorable contests with the likes of Biff Busick, Chris Hero, Jay Freddie, Sean Carr, Eddie Edwards, Johnny Gargano and Tommaso Ciampa. Considering the level of talent he has gone against, it shouldn’t be a surprise that he has thrived in Ring of Honor where he recently competed against Jushin Liger.

At a time when wrestling doesn’t attract new fans, I was surprised when I brought a friend, who hadn’t been a fan of wrestling in 10+ years, left a 2CW show in March 2015 raving about Dalton Castle. I honestly think having a non-wrestling diehard leave the show raving about speaks volumes about Castle’s ability to connect with fans.

Dalton had recently competed on a TNA broadcast against Rockstar Spud and the company wanted to sign him. However, Dalton instead signed with ROH and that looks to be the best career choice he could have made. Castle continues to shine in ROH and should be able to provide more memorable moments with the talented roster that Ring of Honor employs.

Castle will be able to display his abilities on national television when Ring of Honor debuts on Destination American on June 3rd at 8pm.

Here are two matches of Dalton Castle to get a sample size of his in-ring abilities. The first match is against Sami Callihan while the second one is against Jay Freddie.

Tags: Dalton Castle, roh
From: Uncategorized
← You Should Know The Name… Colin Delaney
Being The ‘Marty Jannetty’ Of A Tag Team Part II →
No comments yet