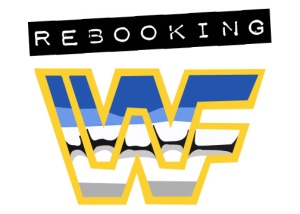 For a while now I’ve been having some fun with rebooking the World Wrestling Federation starting in January 1993. The first few posts of this experiment will lack a lot of detail, but the detail will become greater very soon. So, I hope you enjoy my vision of what I would’ve done in a perfect world. I’m trying to be creative but also realistic at the same time. Here we go, the first week of the experiment. (I have over a year of material already done, so look out for more often!)

WWF Superstars 01/2/1993
1. Big Bossman defeated Kamala in 5:28 following a side walk slam.
2. The Headshrinkers defeated Duane Gill/Brooklyn Brawler in 2:33
3. Royal Rumble 1993 Report: Featured a promo by Bobby Heenan promoting the debut of Lex Luger at the Royal Rumble. It is announced that the Steiner Brothers will wrestle the Headshrinkers at the Royal Rumble as well.
4. Razor Ramon defeated Scott Taylor in 1:55 following the Razors Edge
5. Marty Jannetty defeated Barry Hardy in 2:06 following a top rope fist drop.

WWF Primetime Wrestling 01/4/1993
1. Rick Martel defeated PJ Walker in 3:42 with the Boston Crab.
2. WWF Royal Rumble 1993 Report: Features the announcement by Jack Tunney where Marty Jannetty will wrestle Shawn Michaels at the Royal Rumble for the WWF Intercontinental Championship. Promos by both Jannetty and Michaels promoting the match. Bam-Bam Bigelow accepts the match against Jim Duggan. Several wrestlers cut promos regarding the Royal Rumble match which included, Tatanka, The Undertaker, Jerry Lawler and Doink.
3. High Energy defeated Mike Sharpe/Glenn Ruth in 3:01 when Owen Hart pinned Ruth.
4. Crush defeated Russ Greenberg in 0:45 following the Kona Vice.
5. A video of Bobby Heenan promoting the debut of Lex Luger at the Royal Rumble.
6. Ric Flair cuts a promo centering around Mr. Perfect and guaranteeing a win of the Royal Rumble and reclaiming his WWF World Championship.
7. Yokozuna defeated Joey Maggs in 1:46 following the Bonzai Drop. Yoko attempted to add more punishment but Big Bossman ran down with a nightstick and sent Yoko to the floor.
8. Randy Savage Interview: Mean Gene conducted the interview and the main angle was Savage hinting at retiring from the business. Gene made sure to heavily mention the New Generation. Savage switched his mood and said that he isn’t going to be pushed aside. Savage knows that he has plenty left in the tank and wants the opportunity that he has what it takes to be a champion once again. Savage issues a challenge to WWF World Champion Bret Hart at the Royal Rumble. Will Bret Hart accept the challenge?
9. Jim Duggan defeated Repo Man in 4:08 following a running clothesline.
10. A video highlighting the recent pranks of Doink the Clown. The pranks have been mainly directed at Tatanka.
11. WWF World Tag Team Champions Money Inc. defeated the Bushwhackers in 6:11 in a non-title match when DiBiase pinned Luke.