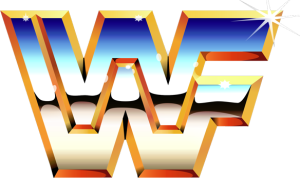 In 1992, the World Wrestling Federation went through a rebuilding phase during the second half of the year. From January to June the company had a lot of high level, marquee names that included Hulk Hogan, Sid Justice, Jake Roberts, and Roddy Piper. However, by the summer all of those men were gone. Essentially leaving them only Ric Flair and Randy Savagr as veteran recognizable names.

In the newest series to the blog, I’ll be looking at a specific year and ranking the top ten wrestlers for that year. The criteria? In-ring activity, match quality, and championship accomplishments. Feel free to share your rankings, as well! 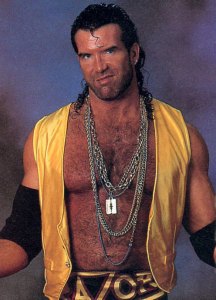 10.) Razor Ramon
For a wrestler who debuted in August of 1992, Ramon quickly made a splash in the WWF. Ramon wasted no time inserting himself in the top feud in the company between Randy Savage and Ric Flair for the WWF World Championship when he caused Savage to lose the title. Ramon would go on and routinely defeat Savage in house show matches. His association with Flair led to Ramon competing in the main event at Survivor Series taking on Savage and Mr. Perfect. While he was in the WWF for less than half a year, I think Ramon made a pretty big impact on the product and the company was invested in him from the onset.

9.) Money Incorporated (Ted DiBiase & IRS)
Both DiBiase and IRS had mostly been singles competitors with DiBiase being a main event act in the late 80s. The duo is sometimes seen as an odd combination, but even at a young age I understood the premise, or at least what I believed to be the premise. IRS being the evil tax man giving the evil rich man a tax break while insulting the common fan. Oddly enough, I enjoyed it too. They formed in February and proceeded to dominate the tag team division for the rest of the year. Money Inc. won the titles in February and held them until July when they lost them to the Natural Disasters. They would regain the titles by October and hold them for the rest of the year. Money Inc. didn’t have any in-ring classics, but their promos and ability to make people despise them can’t go unnoticed. 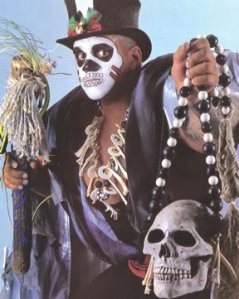 8.) Papa Shango
The master of voodoo had an infamous feud with the Ultimate Warrior that lasted most of the year. He put a spell on Warrior and took credit for putting a curse on Bret Hart to lose the WWF Intercontinental Championship. Shango is a guilty pleasure character for myself. He didn’t put on the best matches, but there’s no denying that when you think of the WWF in 1992 that Shango crosses your mind. He was heavily featured throughout the year and played the character rather well, I thought.

7.) The British Bulldog
Bulldog started 1992 off with an impressive run in the Royal Rumble only to have his scheduled match with Berzerker getting pulled from WrestleMania due to time constraints. By midyear Bulldog was just floating around the middle of the card feuding with Repo Man of all guys. Bulldog’s year would take a turn for the better when SummerSlam took place from Wembley Stadium and Bulldog was inserted into a WWF Intercontinental Championship match with Bret Hart. It’s an absolute classic and probably the best match Bulldog ever competed in. It would be the only WWF Intercontinental Championship that Bulldog would win. He held it until November when he lost it to Shawn Michaels on Saturday Night’s Main Event. Bulldog had a rather good year, although he was fired by the end of the year for a steroid controversy (along with Warrior). 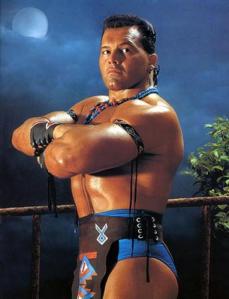 6.) Tatanka
It’s not often that a wrestler manages to go an entire year without losing a match. In fact, Tatanka managed to go nearly two years without losing a match (on TV). However, like most undefeated streaks in pro wrestling, Tatanka’s opponent pool wasn’t very strong. For the most part, Tatanka competed against Rick Martel for the year as they had pay per view matches at both WrestleMania and Survivor Series. After looking it up, for roughly 85% of the year Tatanka worked with only Rick Martel. Aside from Martel, Tatanka’s notable victories on the year were against Kato, Repo Man, The Berzerker and the Mountie. He also regularly won 40-man battle royals for Coliseum Video releases. Anyway, Tatanka was presented rather strongly likely in preparation for a bigger role in ’93 and onward.

5.) The Undertaker
Taker started 1992 as a heel with Jake Roberts, but it didn’t take long for a face turn to take place. Taker defeated Roberts at WrestleMania VIII in easy fashion. Following the biggest event of the year, Taker’s quality of opponents would take a drastic nosedive. He found himself in feuds with Berzerker, Kamala and a short-lived feud with Nailz. These matches provided some awful matches, no doubt about that. However, Taker showed his dominance by easily defeating them. It would actually take a few more years before Taker would get an opponent that highlighted him positively in the ring. 1992 was a big year for the DeadMan as it made him arguably the biggest face in the WWF, but didn’t get another run with the WWF World Championship for five more years.

4.) Shawn Michaels
Splitting from Marty Jannetty was the best career decision that Michaels could have ever done. Michaels had a great ’92 when he associated himself with Sensational Sherri. Michaels almost immediately made it known that he was coming for the WWF Intercontinental Championship. Michaels feuded with Bret Hart after Hart won the WWF IC Championship, but failed to win it from him. Shawn had a memorable match with Rick Martel at SummerSlam where punches to the face weren’t allowed. By the end of ’92, Michaels finally won the WWF Intercontinental Championship from the British Bulldog and even challenged Bret Hart for the WWF World Championship at Survivor Series. Michaels had a couple of good matches with then WWF World Champion Randy Savage on the house show circuit showing that he was ready for a main event run. 1992 was a great year for Michaels to establish himself as a singles wrestler. 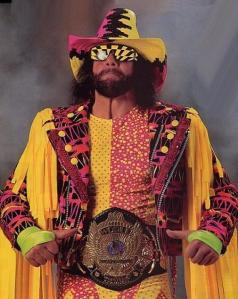 3.) Randy Savage
Macho Man was able to put an end to his feud with Jake Roberts early into ’92 before getting a WWF World Championship match at WrestleMania VIII against Ric Flair. Savage was able to defend the honor of his wife/manager Elizabeth at the event. Savage would successfully defend against Flair, Mountie, and Michaels. Savage had another great match with the Ultimate Warrior at SummerSlam as a sequel to their WrestleMania VII match in ’91. After losing the title to Flair, Savage ventured into a heated rivalry with Ramon to basically put over a new, young heel in the company. 1992 would be the final year that Savage would be presented as a major player in the WWF on a regular basis as the New Generation would kick in after ’92.

2.) Ric Flair
Entered the 1992 Royal Rumble as the #3 entrant and won the vacant WWF World Championship proving to all the fans that he was the real Worlds Champion. As mentioned before, Flair made his match with Savage at WrestleMania VIII very personal by involving Elizabeth and even kissed her after his defeat. Along with Mr. Perfect remained relevant in the summer months by creating mind games between Savage and Warrior leading into their SummerSlam match. Won the title back in September from Savage only to lose it a month later to Bret Hart. Mr. Perfect turned on him prior to Survivor Series and formed a team with Ramon. Failed to defeat Bret Hart on house shows to end the year. Flair had a very strong year with two WWF World Championship reigns. Flair also had some rare house show matches with Warrior and Undertaker that were entertaining. Obviously Flair’s promo work was top-notch as well. 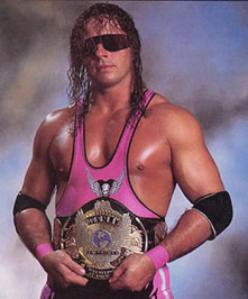 1.) Bret Hart
1992 was the year of the Hitman. Although he started the year losing the WWF Intercontinental Championship to the Mountie on a house show, Hart regained the title in a memorable match with longtime friend Roddy Piper at WrestleMania VIII. Hart was a fighting champion, as usual, defending on a regular basis against Shawn Michaels. Would lose an all-time classic to the British Bulldog at SummerSlam. However, Bret’s biggest win of his career came in October when he dethroned Ric Flair to win the WWF World Championship. Bret finished the year defeating the likes of Papa Shango, Shawn Michaels and Ric Flair to keep the WWF World Championship. Bret had three incredible pay per view performances and was easily one of the top workers in the business during this time. I didn’t think anyone in the WWF had a better year than the Hitman.

As you can tell I didn’t include guys like Sid, Hogan, Warrior or Roberts. I thought about including Warrior, but aside from his feud with Shango and match with Savage, he didn’t do much. I suppose he did more than Ramon, but Ramon had a bigger impact for me, at least. Some may not agree with that, but in the four months that Ramon was there he was more impressive and memorable than Warrior during his run from April to November. Sid worked all of four months, Roberts was there for roughly four months and Hogan didn’t wrestle very much leading into Mania, anyway. Feel free to discuss my reasoning.

Where would you rank WWF superstars for 92? Share your lists!