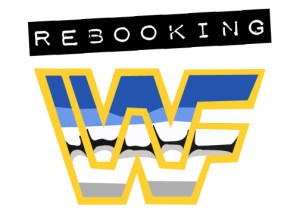 What’s going on this week in the WWF?

WWF RAW 3/28/1994
1. The Kamikaze Kid defeated Duane Gill in 3:07 following a top rope moonsault.
2. Kings Court w/British Bulldog: Jerry Lawler opens the show by taunting Roddy Piper and WWF officials saying that he knows they wanted to cancel the Kings Court, but he was one step ahead of them all along. Lawler believes the Kings Court is the best thing going in the WWF today and will around forever! His guest this week is the British Bulldog, who makes his way out to a great ovation. Lawler starts off by defending Ted DiBiase saying that he was helping the Hart Family and Bulldog’s wife Diana. Bulldog tells Lawler that DiBiase made the ultimate mistake and that was kissing his wife and making her dress up like a maid to embarrass her. Now that he is back in the WWF he is coming for Ted DiBiase. “Bret Hart got his revenge and now it’s time for the British Bulldog to get his too!” Lawler chimes in to tell Bulldog that he will get his chance at the first In Your House pay per view as WWF officials have signed the match between Bullodg and DiBiase to happen live on pay per view on April 23rd from Syracuse, NY! Bulldog closes the segment by saying that no amount money will be able to put DiBiase back together when he is done with him!
3. Jeff Jarrett defeated Fred Jackson in 2:55 following a jumping DDT.
4. Bam-Bam Bigelow defeated Jason Stallings in 1:34 following a top rope diving headbutt.
5. Sparky Plugg Vignette: A video promoting the debut of Sparky Plugg is shown. The video focuses on a race that Plugg ended up winning. Plugg gets out of the car and says “I’m not only a winner on the race track, but I’m going to be a winner in the WWF ring!”
6. Tatanka defeated Tim York in 3:08 following a Samoan Drop.
7. Ric Flair Interview: Vince McMahon conducted an interview with Ric Flair. Flair’s masked man is by his side for the interview. McMahon wants to know how Flair can stand here and be proud of his actions at WrestleMania. Flair smiles and tells McMahon that in wrestling you have to do whatever it takes to be the better man and he has been doing that for far too long. Flair doesn’t understand why the fans feel bad for Hogan. “Hogan’s greatest mistake was not thinking ahead. I’m two steps ahead of the Hulkster!” McMahon turns his attention to the masked man and Flair prevents the masked man from talking. Flair tells Vince that the masked man is a close personal friend of his who doesn’t need to be known. Vince suggests that Flair and Hogan lock up again sometime in the future. Surprisingly Flair answers by saying “I’d have no problem making Hogan look like a fool infront of millions of fans. It would be better to do it a second time!”
8. WWF Intercontinental Champion Rick Martel defeated Mr. Perfect in 11:06 following interference from Scott Norton to retain the title. After the match, Norton rams Perfect shoulder first into the ring post until Ron Simmons comes out and officials hold him back.

WWF Superstars 4/2/1994
1.Yokozuna defeated William Erickson in 2:11 following the Bonzai Drop.
2. Ron Simmons Interview: Jim Ross conducted an interview with Ron Simmons. Simmons tells Ross that he knows WWF Intercontinental Champion Rick Martel knew that the championship was slipping through his fingers and took the easy way out. Simmons reveals to us that he has been given a second shot because WWF officials agreed that Simmons was screwed out of his first show. They will be meeting on April 23rd in Syracuse, NY at In Your House in a no disqualification match!
3. The Steiner Brothers defeated Barry Hardy/Mike Sharpe in 3:53 when Scott pinned Hardy after a Frankensteiner. During the match, the Steiner Brothers shared previously recorded comments stating that they will reclaim their rightful championships back on April 23rd.
4. WWF World Tag Team Champion Diesel defeated Virgil & Glenn Ruth in 2:57 after powerbombing Virgil.
5. Lex Luger Interview: Vince McMahon conducted an interview with former WWF World Champion Lex Luger. McMahon asks if Luger has come to realize what he has to do in order to beat the Undertaker. Luger admits that what he was saying last week about wrestling the Undertaker in a casket match was just crazy talk. But, over the past seven days Luger has realized that it’s not crazy. “McMahon, I know I’m the greatest wrestler in the WWF and I can beat the best at their best match. So, yes. I am officially challenging the Undertaker to a casket match.” McMahon asks if Luger is challenging the Undertaker for In Your House, but Luger declines to answer. Luger says he will reveal the time and place he wants the match this coming up Monday on RAW!
6. Jim Neidhart defeated Eric Stevenson in 2:04 following a snap powerslam.
7. Carlos Vega Vignette: A video promoting the new wrestler known as Carlos Vega is aired. Vega is sitting in a leather chair and smoking a cigar. Vega continues to rip on Razor Ramon and says that he taught Ramon better and that Vega will be coming to the WWF to personally whip Ramon back into the mindset that he should be in.
8. Crush defeated Owen Hart in 7:49 with the Kona Vice. During the match, Chris Benoit shared previously taped comments. Benoit said he isn’t satisfied with what happened at WrestleMania X. He will only be satisfied when he makes Owen Hart tap out.

WWF Wrestling Challenge 4/3/1994
1. The Headshrinkers defeated PJ Walker/Bill Johnson in 2:44 when Fatu pinned Walker after a top rope big splash.
2. The Smoking Gunns Interview: Jim Ross conducted an interview with the Smoking Gunns. Billy and Bart talked about how they have been in the WWF for a year now and they haven’t been given a chance to be champions despite beating top teams in the WWF. That brings out the Quebecers who say that they should be the team to get a title shot. Marty Jannetty and the Kamikaze Kid come out to tell those teams that they are both wrong. Jannetty doesn’t want himself and Kid to be discredited because they are underdogs. The Heavenly Bodies come out and say that they are the definition of champions and when they get the chance, they will win the gold. All four teams begin to argue and nearly start a brawl until officials come out to break up the ruckus.
3. Doink the Clown defeated Joey Maggs in 2:16 following the Whoopee Cushion.
4. Men on a Mission defeated The Executioners in 3:25 when Mabel got the pin following a leg drop. Prior the match, Oscar did a rap saying that Men on a Mission are putting their name in the hat to challenge the tag champs.
5. Ted DiBiase Interview: Vince McMahon interviews Ted DiBiase this week on Wrestling Challenge. McMahon brings up the British Bulldog and DiBiase just laughs the comment off. DiBiase isn’t going to let a muscle head meatball try to intimdate him. Ted says that he is perfectly fine with wrestling Bulldog on April 23rd. “Because at In Your House… I’m going to put the British Bulldog down on his back and walk out with his wife around my arm. Because, everyone has a price for the Million Dollar Man!”
6. Bret Hart defeated Tom Prichard in 5:08 with the Sharpshooter.
7. Randy Savage defeated Ludvig Borga via disqualification in 6:16 when Johnny Polo hit Savage over the back with a hockey stick as Savage was attempting the top rope elbow drop.